Martin Ball - Synergy
35 Years Record!
Profile: Martin Ball
Martin Ball is our super loyal Senior Software Engineer and as of April 2022 has been with the company for a record breaking 35 years! 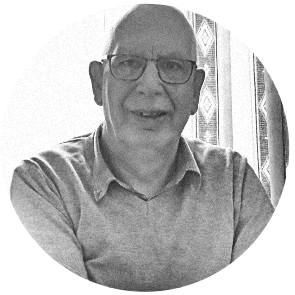 As part of the programming and development team, he primarily looks after and maintains the warehouse server logic that is constantly being updated and modified to meet client needs and aspirations – but is equally adept at the software screen/RS side of things and how it looks and displays.

It all started for Martin back in 1987, when he wanted something more challenging than retail and his assistant manager role at Tesco, and he took the very latest TOPS course for writing to COBOL and RPG4. Synergy was his first job offer, as a Trainee Programmer, and he hasn’t looked back since.

He explains: “Synergy was different then to what it is now and support was initially done by the programmers, but I was able to quickly focus on (what is for me) the more exciting software development area of the business, which really suited my love of problem solving. This has evolved over the years into more senior roles and responsibility, but programming is still after all this time what I love to do.”

“Synergy has always been a really nice place to work, with a great group of people, and I guess I must be suited to the Synergy mindset and way of doing things, as it’s always felt like home and the right fit for me.”

Martin (age 62) was born and bred in Melton Mowbray and still lives there with his wife and their 18-year-old daughter. He has long been a keen walker and recently took up running during lockdown, via an engaging Couch to 5K programme that now sees him getting out up to three times a week in Melton Country Park, which is conveniently on the doorstep.

Martin was once a guitarist in a not very good folk rock band he says, and used to ski every year. He now dabbles at photography and painting - in pastels, water colours and acrylics.

By continuing to use the site, you agree to the use of cookies. more information